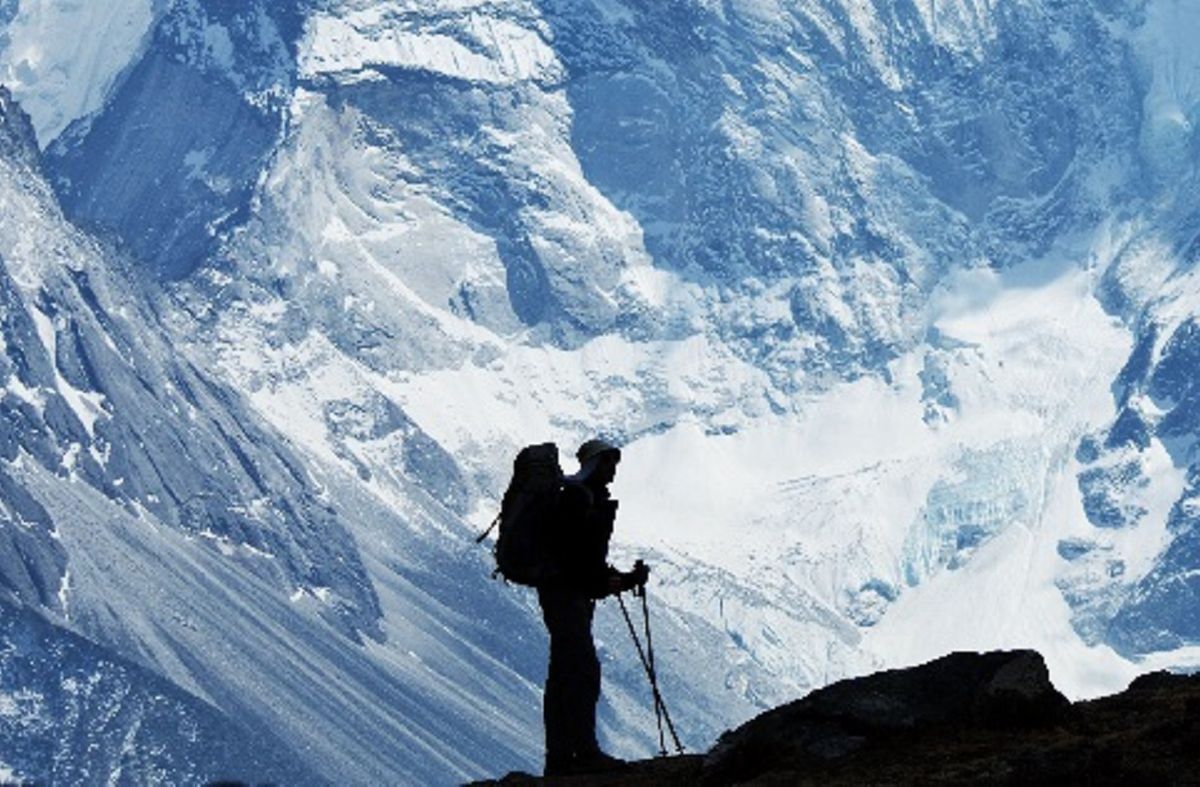 On April 25, 2015, Nepal was hit by a shallow magnitude 7.8 earthquake centered 34 km ESE of Lamjung District. Called the Gorkha earthquake, it killed over 8,800 people and destroyed nearly 600,000 houses in rural districts near the epicenter and in the capital city of Kathmandu (UNOCHA). It also caused an avalanche on Mount Everest that killed at least 20 people and injured 120 (Washington Post) and a mudslide in the Langtag Valley where at least 250 people were reported missing (Associated Press).

On May 12, a large 7.3 magnitude aftershock, called the Dolakha quake, struck the region killing more than 200 and injuring more than 2,500 people in Nepal (CNN) and killing at least 17 people in India and one person in Tibet (CNN). Daily aftershocks, combined with monsoon rains, have created landslides and flooding resulting in more and more people becoming internally displaced. Hundreds of thousands of people are currently living in temporary shelters, and about 2.8 million require humanitarian assistance (UNOCHA).

The Disaster Response objectives were to:

The Process Improvement objectives were to:

A total of 12 Situation Reports for Nepal were published. The first report, published on April 25, included links to government websites, emergency numbers, official social media accounts reporting on the event, hospital information, utility company contacts, and information on transportation infrastructure. The following 11 daily Summary Situation Reports, published between April 26 and May 5, focused on communities in need, medical and hospital needs, communications and power, aid coordination, and resources for animals. Following the Dolakha earthquake of May 12, we also published a Situation Report on India.

The situation reports were published on Humanity Road’s website, ReliefWeb, the All Partners Access Network (APAN), HumanitarianResponse.info, and were shared directly via email with NGOs, including Americares and Nethope, Cisco TACops and the Microsoft Disaster Team.

On April 29, 2015 Humanity Road began providing crisis map support for Kathmandu Living Labs (KLL). The crisis map, located at www.Quakemap.org, was an initiative led by KLL with onsite coordination support from www.NepalMonitor.org and remote support from HR. The goal of the crisis map was to match the needs of people in the impact zone with relief organizations on the ground. As of May 18, over 1,800 reports had been processed and routed to more than 50 military and civilian aid organizations, and a total of 65,462 people from 89 countries had visited the map.

Humanity Road focused on providing: surge support for overnight processing; support for incident processing; operational advice and lessons learned from previous crisis mapping projects; leveraging volunteer resources from HR, TWB, and spontaneous diaspora volunteers; and capturing lessons learned on the use of Ushahidi for routing or dispatch of incidents through resolution.

On May 1, 2015, Humanity Road received a request from Americares for a medical assessment. They had requested baseline hospital map data from the World Health Organization (WHO) for target districts, but the data they received was missing addresses and contact information.

For this project, HR requested surge support from Montgomery County CERT (MCCERT). From May 2-3, MCCERT performed searches using Scanigo (Scanigo is a Twitter aggregation tool developed by Progeny Systems and being tested by Humanity Road).

A report on hospital status for the three priority districts was provided to Americares. The report was also submitted to Nethope and to United Nations Office for the Coordination of Humanitarian Affairs (UNOCHA) for upload to the Humanitarian Data Exchange (HDX). In addition, the MCCERT team identified 41 urgent needs and relayed these to Humanity Road volunteers for possible submission to the KLL crisis map.

On April 26, Humanity Road was alerted to a request regarding two stranded American hikers on Mt. Everest. The hikers had a cell phone and had sent a text message to a contact requesting information on an evacuation plan back to Kathmandu. HR began conducting research to determine if any search and rescue teams could help and the status of airports and evacuation efforts in the area.

According to the Nepal Secretary at the Ministry of Culture, Tourism and Civil Aviation, 90 tourists were stuck at Camp 1 on Mt Everest, and 120 were stranded at Camp 2, due to a blockade of the trail after an icefall occurred above Base Camp. Injured tourists were being airlifted to Kathmandu via Pheriche and the rest via Lukla. HR posted two requests for information on the civil-military All Access Partners Network (APAN) asking for information on flights for non-injured foreign nationals stranded on Mt. Everest, but no responses were received.

An HR volunteer, who had previously hiked in Nepal, was able to provide geographical information to a contact for the hikers and assisted the person in understanding extraction efforts. On May 1, HR received confirmation that the hikers had reached Kathmandu safely.

On May 6, Humanity Road was activated by a stakeholder organization to provide information on suitable locations in Nepal for testing a new water purification system. They requested a local point of contact to collaborate with and to assist in identifying potential locations for their deployment. The location needed a water source, no matter how contaminated (although less turbid is better than mud), and a population with unmet water needs.

On May 7, a two person urgent needs task team from HR provided a comprehensive report with points of contacts, available phone numbers, and links to 15 suitable locations including coordinates. They also provided information to connect with Humanitarian OpenStreetMap in Nepal, Kathmandu Living Labs (KLL), and Nepal Monitor. By the time the stakeholder’s team was on the ground and checking into the Water, Sanitation, and Hygiene (WASH) cluster, they had our report in their hands.

To help assess the severity of each location, the HR team assigned a point system for each site using distinct characteristics of each location, including: population density, distance to water source, organizations present, and contact information if known. As a result, the client organization’s team was able to use the locations to pinpoint a definite location to put their water systems to use.

Following the second magnitude 7.3 earthquake that struck on on May 12, a member of the UK CHASE Operations Team posted a request in a Nepal coordination Skype window asking if there were impacts on the Sun Koshi Dam. A large landslide had occurred in 2014 near the dam. Humanity Road volunteers datamined in social media and on the Internet but did not find any emerging information about impacts to the dam or landslides. An update was providing to the CHASE team member.

Following the second magnitude 7.3 earthquake that struck on on May 12, a member of the UK CHASE Operations Team posted a request in a Nepal coordination Skype window asking if there were impacts on the Sun Koshi Dam. A large landslide had occurred in 2014 near the dam. Humanity Road volunteers datamined in social media and on the Internet but did not find any emerging information about impacts to the dam or landslides. An update was providing to the CHASE team member.

In order to collect lessons learned, Humanity Road collected information from volunteers during the response and emailed surveys to volunteers and partners and stakeholders after the response. Surveys were developed with the help of Statistics without Borders (SWB) volunteers.

“Humanity Road helped us to collect, verify, and process reports coming to the quakemap platform. Quakemap was used as one of the key information sources in Nepal’s earthquake response and relief work. In addition, they created Situation Reports periodically based on the information available in quakemap.org and other sources. The report was used by different humanitarian agencies.”

“This was the first time I worked with Humanity Road directly. I found them open and highly professional. I am impressed with their practical advice and inspired by their passion in helping people in crisis. They were always accessible in Skype, emails etc. when I needed them. It was great experience working with them.”

“I’m a medical doctor and I lead disaster response teams. I’ve led teams for the US Navy, FEMA, the Roddenberry Foundation, and others in Iraq, Afghanistan, Katrina, Port-au-Prince, Banda Aceh, Tacloban, Kathmandu, Izmit, and more. Over the past several years I’ve come to expect to see Humanity Road at work by the time I arrive in any event and that’s been consistently so, including the most recent Nepalese Earthquake. Cat and her team were coordinating communications between dozens of organizations inside the first three days after the earthquake and they continued through my own ten-day team deployment there and back. I was able to ask her team questions while we prepared for deployment and get answers relayed from experts within hours. I was able to give her updates from our work in the foothills of the Himalayas and her team relayed our status and our needs to other teams within minutes. I now consider Humanity Road an integral asset for us during responses and I seek them out before I go anywhere. One of the most valuable attributes any of us can ask for is professional reliability and Humanity Road is there, every time. Speaking for my own teams, remembering far-away nights in the dark linked only by satellite phone, Cat and her volunteers have our deep thanks”