The following is Situation Report #1 and #2 for Tonga based on early indications in social media. Humanity Road activated its disaster desk in response to Cyclone Gita which heavily impacted Tongatapu in Tonga. Gita made landfall as the equivalent of a category 4 storm. Fiji’s MetService said the category four storm was very close to being upgraded to the highest category, five. source

Tonga, officially the Kingdom of Tonga, is a Polynesian sovereign state and archipelago comprising 169 islands, of which 36 are inhabited. The total surface area is about 750 square kilometers (290 sq mi) scattered over 700,000 square kilometers (270,000 sq mi) of the southern Pacific Ocean. It has a population of 107,122 people,[7] of whom 70% reside on the main island of Tongatapu. source

On 12 February, 2018, the Tonga National Emergency Management Office was activated at 7:00am in preparation for Tropical Cyclone Gita which was a Category 3 storm. It was located near 20.9 South 168.6 West or 670km East-Northeast of Nuku’alofa or 600km East-Northeast of Lifuka. People were advised to have their emergency kits packed and to evacuate if living in flood-prone areas. source At 10:00am on 12 February, the Prime Minister declared a state of emergency for the whole of Tonga. source

On Tongatapu, the category four cyclone brought winds of over 233km/h which ripped roofs off houses, brought down trees, destroyed a Catholic church, and took the Tongan Met Office and the national radio station offline. source 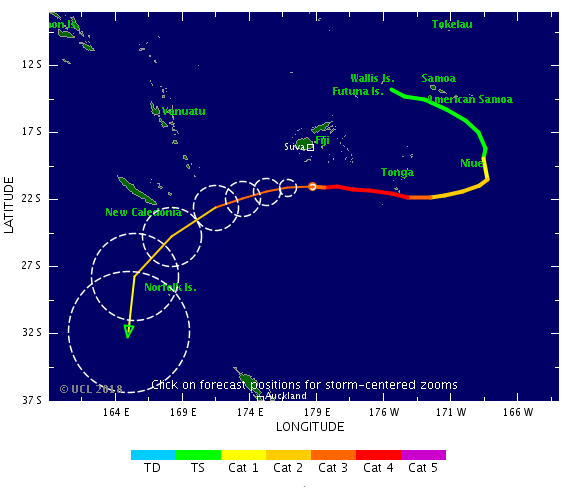 Tonga Broadcasting Commission (TBC) is the national broadcaster for Tonga. TBC, which is government owned, runs three radio stations and two free-to-air television channels. Radio Tonga 1 (also known as A3Z) is the main AM radio station offered by TBC, and covers all of the country. In an emergency, Radio Tonga broadcasts regular updates on weather events. Radio Tonga 2 (also known as Kool 90 FM) is a commercial station. Under a joint partnership project, a new AM radio transmitter is being installed for TBC, the project kicked off in 2016. TBC also operates FM 103, a 24-hour Radio Australia relay. The TV channels are Television Tonga and Television Tonga 2. TV Tonga works in affiliation with overseas broadcasters whilst Television Tonga 2 offers more domestic content. source